Entrepreneurship is a concept that has been part of our DNA since 2015 when our CEO Oscar Pierre started the adventure of what is now Glovo. During the years since then, we have generated a creative work atmosphere and professional growth through a culture of delivering quality results and acting as proud owners, as well as the launch of initiatives and impact projects that support and encourage the improvement of the professional skills of all people belonging to the Glovo ecosystem worldwide.

As a sample of this spirit, we talked to Margarita (owner of ‘Menta y Limón’ in Spain), Jonathan (owner of ‘Ruta 9’ in Portugal), and Brian (owner of ‘Beijing Restaurant’ in Kenya) about their experiences of entrepreneurship among couriers. Personal stories with very different backgrounds but with a common goal, to set up their own business. 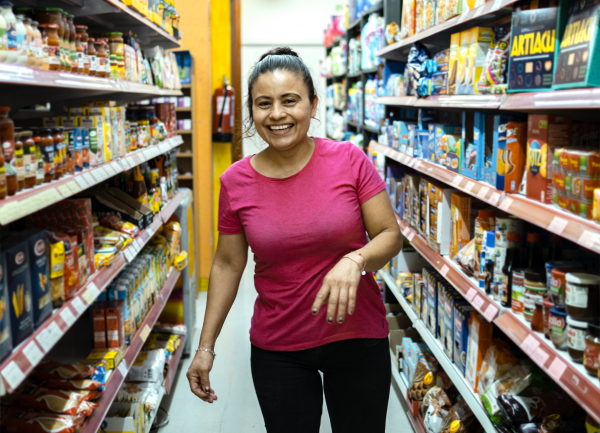 “I wanted to start my own business for a long time but I felt I wasn’t ready. When I got into the impact program I knew it was time to take the step, it was the push I needed!”

Margarita had been working as a courier in Barcelona for a year when, in July 2021, she joined the pilot of the ‘Start’ impact program that Glovo launched in Spain together with the accelerator Impact Hub. Aimed at couriers in the city, the program consisted of a one-week immersion where students received training from experts in different key pillars within the world of entrepreneurship such as finance, logistics, and marketing. “I wanted to start my own business for a long time but I felt I wasn’t ready. When I got into the impact program I knew it was time to take the step, it was the push I needed!”, Margarita told us.

After the program, Margarita used everything she learned and in October of the same year, she opened her own business, a supermarket with food and home care products in Mallorca Street of Barcelona’s Sant Martí district. About the name, she says: “Menta y Limón is the name I gave my business and, although it sounds a bit strange, the reason is that I love mint, which represents the joy and enthusiasm with which I started my business, but it is also when you start something that you realize how hard reality can be, hence the lemon, with its strong flavor”.

Today, Margarita continues to work as a courier for Glovo from time to time and is currently in the process of adding the delivery option to her business – also hand in hand with Glovo. With a smile on her face, she admitted: “Now I work for my own business and I can say that I have made it”. 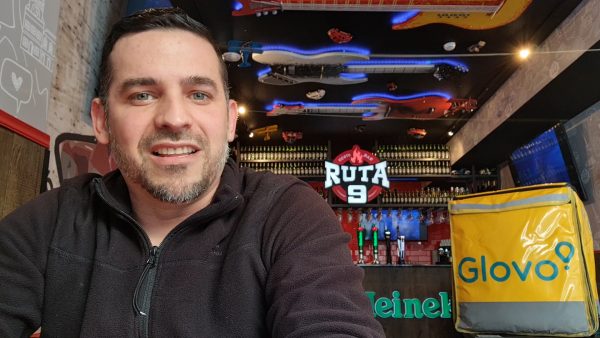 “During my time as a courier I focused on saving a lot of money and finally, after a lot of hard work, I was able to fulfill my dream of setting up my own business”

Jonathan Dos Santos arrived in Portugal from Venezuela in May 2017 in search of an opportunity and with the desire to build a new life in Porto. Recalling his beginnings in the city, he tells us: “at first it wasn’t easy, because while I was going through the paperwork to get my nationality, nobody offered me a permanent job”. After 10 months, it was a cousin of his who told him about Glovo, “I didn’t know them and it was him who told me that it was a Spanish delivery company and encouraged me to try my luck”.

“Working for Glovo as a courier allowed me to get to know the city of Porto, its people, the restaurant industry, and much more. It was a very nice experience that I really enjoyed”, recalls Jonathan. He always had a clear objective, to save enough money to be able to set up his own business and, after teaming up with a partner, he finally made it happen with ‘Ruta 9’. From this resto-bar located in the Vitória district, one of the most central areas of Porto, Jonathan offers his guests a trip to the pure American style of the ’70s, through a detailed decoration with musical inspiration and a menu where online reviews highlight the burgers, pork ribs, and cocktails. Everything is available via Glovo delivery.

When asked if he has any advice for other couriers who, like him, want to start a business, he says “for me, the best advice for life is discipline and perseverance, with both you can achieve everything you want”. 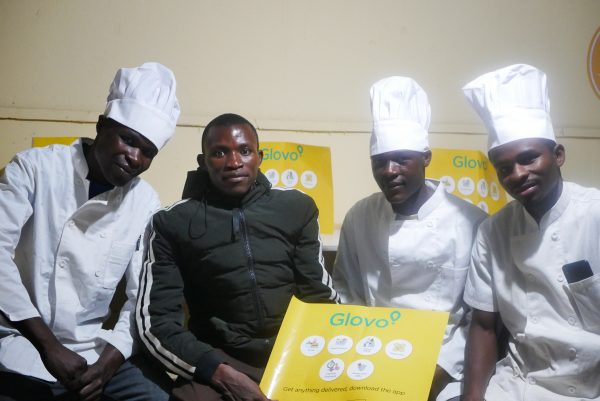 “To partner is all about understanding Glovo and you as a restaurant. That means that I, as a restaurant, and they, as an app, can collaborate together. I partner with them, I listen to them, they listen to me”.

Africa has emerged as one of the territories with the greatest potential for delivery in recent times and more and more couriers, like Brian, are joining platforms such as Glovo. “I worked very hard as a rider at Glovo in different periods between 2018 and 2021. They were intense days in which, whenever I could, I would go out to deliver at times between 10 am and 12 am”. His goal was always to set up his own business and today, Brian has just opened his third restaurant on the streets of Nairobi.

“In 2019 I set up my first restaurant called ‘Beijing’ located near the GreenHouse Mall, six months later I opened my second one in Westlands Commercial Centre and recently the third one in Ole- Sangale Link Road at Siwaka Plaza”. In this chain of three establishments, Brian, with the help of his chefs, prepares typical Kenyan dishes but in the style of Chinese cuisine, “we use ingredients such as carrot, broccoli, fried beans, bok choy, rice or chicken. At ‘Beijing restaurant’ you will always find a wide variety of dishes, he says with a laugh.

Brian dreams high, and this has led him to become a reference in his local community, and proof of this is the event that, together with Glovo, he organized in December 2021 from his home to share his experiences of entrepreneurship with his fellow couriers in the area. And despite its successes, Brian is still working as a courier, “I feel good working as a courier, which is why I am still delivering today. And as a partner, I want to continue to be part of Glovo because thanks to it, the orders arrive daily on their own via the app without me having to sit in the restaurant”.

One year ago, The Courier’s Pledge was first launched in 2 countries with a clear commitment: to set new standards for the couriers’ social rights, ensuring fair earnings and protections to raise their experience to another level. This is a story composed of hundreds of couriers' voices, trial and errors, and a positive impact. Keep reading for more.