It’s a tough task to reflect on the last few years. So much has changed since the start of the pandemic and it has had a swift and striking impact on workplace culture. Despite all the social upheaval, the thing that has struck me the most is just how much I’ve learnt about our company during this time — not just what we do and what we stand for, but the way in which we do it.

Glovo has grown and scaled massively since its start in 2015. A company that was born in Barcelona with the simple idea of making everything in a city available to everyone is now available in 26 markets worldwide. On the way, we’ve raised the largest funding round in Spanish history and become the country’s second “unicorn”. However, despite the successes and the milestones, as we take the step into 2022, I’ve been thinking more and more about company culture.

Our values are what make us who we are. They define the character of our company and inform our culture. And as a company scales, its culture evolves. It grows to reflect not just the values of its founders but also the values of its employees.

In 2019 we undertook our very first “Values Update”, building on the version drafted by our founders and first employees when we launched. As we crossed the threshold of being responsible for more than 1,000 employees in more than 20 countries it became clear to us that we needed to review and consider which cultural changes we needed to make and which we want to retain and refine. Glovo had grown and that growth brought with it new leaders, employees and schools of thought from a diverse range of geographies and backgrounds.

The first thing we decided was that our values needed to become more universal, easier to understand and better at explaining to employees what was expected of them and what they should expect from their teammates. Diversity, inclusion, dignity and respect are beliefs that sit at the centre of our core culture. These things are non-negotiable at Glovo, as they should be in every company. But what about the way we work on new business projects and with each other? We had to ask ourselves the question: is working at Glovo for everyone? Sadly, the honest answer to that is no.

As a startup going through the growing pains of becoming a global scale-up, Glovo doesn’t always have the well-worn processes and protocols of long-established corporate companies in more traditional industries. Our business is disruptive and that requires departments to take an agile and dynamic approach to solving problems. Ours is a fast-paced environment where many people are learning by doing. It can be a tricky place to find your feet if you’re coming from a corporate company. So, with a focus on openness and transparency, we drafted a section in our manifesto titled “Non-Vanilla” in which we stated candidly that Glovo is not always the right place for everyone. We wanted to work with people who shared our values, commitments and purpose, and understood the practical implications of joining our company at this stage in its journey.

During that year we also launched “GloVoice”, our internal employee engagement survey. It was the first time we had surveyed the opinions of our employees at such a scale. Our talented team is composed of some of the best and brightest professionals in the industry and we have always encouraged our employees to be open and to speak their minds. A safe, open-minded and transparent working environment in which we all support each other is, and always will be, the most important aspect of life at Glovo.

Among the many interesting things we found — what worked well, what worked okay and what didn’t work at all (yes, some things fall short and fail!) — the statement that received the highest affirmation was that we treat everybody equally with respect to gender, race, sexuality, nationality and religion. As I said before, these are values that we have always held close to our hearts and our employee’s attachment to these values was very high. No matter how big we have become.

However, there were things that needed to change and our biggest challenges came in the form of compensation, career development, tools and processes. These were key areas in which people wanted to see real change. As the person in charge of caring for people, my perception at the time was that there was a lot of trust in Glovo as a company, but these were important things that our employees wanted to see us improve — and they didn’t hold back!

This was a pivotal moment for us as at the height of the pandemic we discovered underlying issues that would lead us to develop our performance culture. It was eye-opening and humbling to hear that while people enjoyed working and felt included at Glovo because of our company culture, they were not growing enough due to a lack of feedback. We realised that we needed to do better.

Our ability to be really honest with ourselves — to accept that unstructured growth had led to a disconnect between employees and career growth, and had also led to overhiring of people who may not have been the best fit in terms of culture or performance — drove us to define the ideal performance culture at Glovo.

At Glovo there is a strong belief that top talent attracts top talent, and the opposite is also true. Glovo’s Performance Culture was announced in December 2020 and went live at the beginning of this year, after a lot of work among leaders in the company and external inspiration. The focus was set on four pillars: performing lean and creatively; hiring to perform; feedback to perform and managing performance.

The final statement on consolidating this high performance, non-vanilla culture was by adding a new value called “High Bar” on a Values refresh we did this year, which explains the philosophy behind the above and guides employees to make decisions that reinforce our performance culture.

During 2021, Glovo lived through various challenges and, like many other companies, had to make decisions on returning to the office. It was in this same time period that the company grew the most: in 2021 alone 2,317 people were hired globally to support company growth. Sometimes, it almost feels too fast. Just like any company, we’re not immune to making mistakes but we also work hard to improve year on year. In parallel to this, we doubled-down on our Diversity, Inclusion and Belonging efforts, focusing for example on slowly but steadily improving diversity among the teams (we aim at being 50% better than the European average for hiring women in tech and in leadership positions, for example, by 2025).

GloVoice 2.0 to Listen to Employees and Improve

As we approached the year end, we launched a new version of the GloVoice survey, and it too came back with interesting results. In changing the survey tool to Peakon, a Workday company, we now have access to insightful benchmarks to compare ourselves against other tech companies through an employee NPS tool. The high-level results are overall positive with a 35 eNPS against a 31 median benchmark, with responses from more than two thousand employees at a response rate of 87% and more than 10,000 qualitative comments shared. While we are happy about the level of engagement for our second survey, our focus now is on what we can do better.

When I address candidates that are interviewing with Glovo, I tell them that the value proposition is “The Job of Your Life”, but I also clarify that it is not the job of a lifetime but one in which they will be challenged, learn and achieve a lot should they be willing to accept the intensity and passion that the role demands.

The truth today is that, during interviews, I raise the conversation with candidates that this job is not for everyone. When you’re working at speed, with intensity and taking risks, it can be tough. Some people want to work within a well-defined process all of the time. And that’s okay. But that’s not always how things work here. The important thing for us is that we hire people that fit with our values and complement our culture. People that enhance it. And for those who join but don’t find it a fit for them, that’s okay, too. Not everything works out. And if that happens to be the case then we endeavour to always treat former employees fairly and generously. Whether it works out or not, we have the utmost respect for all those who dare to do something different when they decide to join us.

If you want to know more about what it is like to be inside Glovo, go ahead and read our Glovo’ Yellow Book: A Guide to Glovo Culture and Life, and also check out our open roles.

Taking care of our People 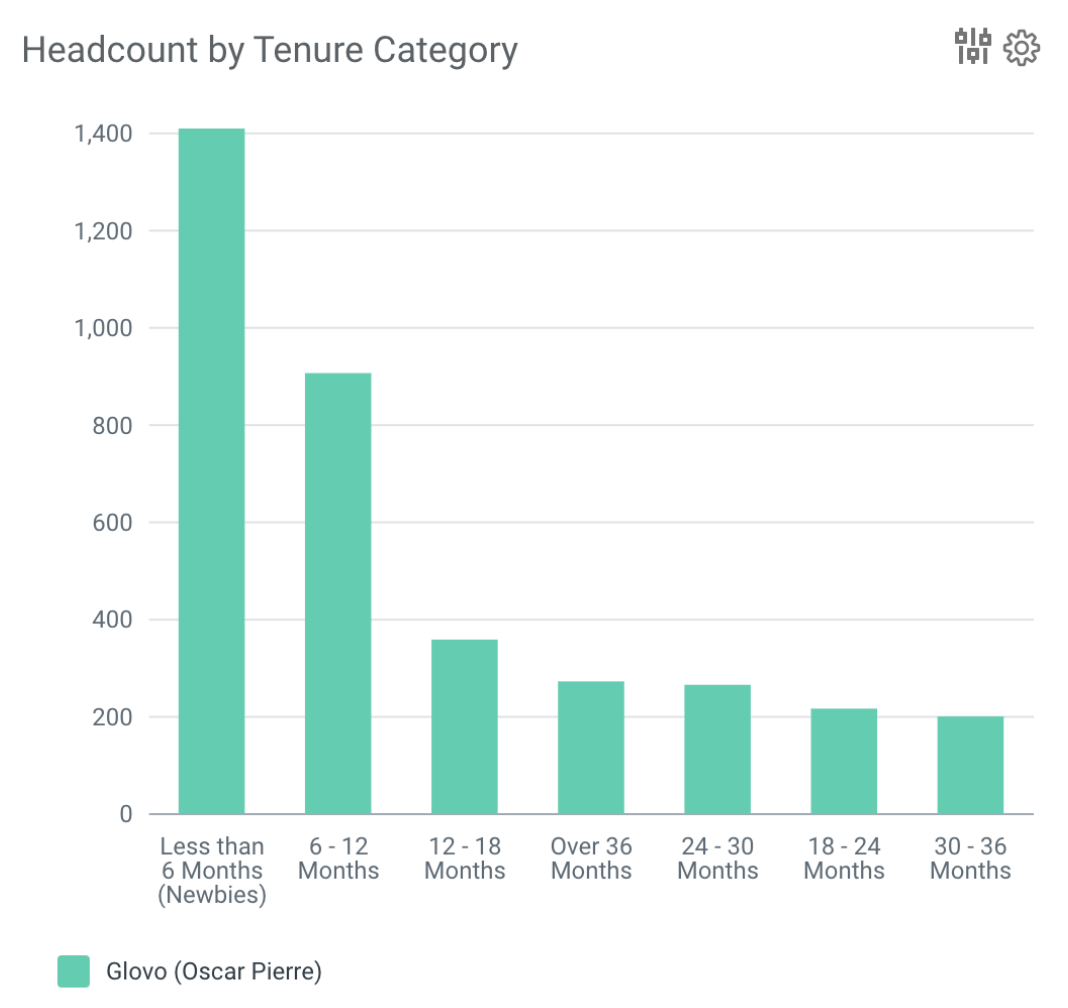 ConsumerSocial Impact
Behind the Counter | Ep.3