One story, hundreds of voices

Nika Lasareishvili joined Glovo 3 years ago and 9 months ago, he became a father. While Nika was anxiously awaiting the arrival of his daughter, at Glovo, we were preparing everything for the launch of The Courier’s Pledge, a project aimed at ensuring social rights for couriers. After months of hard work, The Pledge became a reality in October 2021.

Thanks to The Pledge’s Maternity/Paternity coverage, Nika was able to enjoy watching his newborn daughter, Lenka, grow with each passing day. He was also able to cover some of the medical expenses attributed to her birth while enjoying the flexible schedule that allows him to be with his family.  Even with so much happening in his life, Nika also plans to join and graduate from an entrepreneurship course offered by The Pledge.

Nika’s story represents that of more than 17,000 couriers who have benefited from Courier’s Pledge initiatives since October 2021. This is the story of a year of work, learnings, and progress. 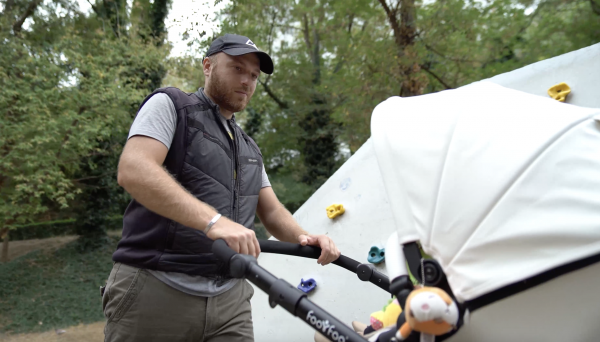 A global commitment to making a difference

It’s been 1 year since The Courier’s Pledge began its journey with the aim of improving couriers’ social rights and transforming the couriers’ experience into an individual opportunity, capable of contributing to a great social impact.

With this commitment, we aimed to set the industry standard with our core belief that regardless of employment or work status with the company, couriers should have guaranteed access to social rights. Many couriers come from countries other than those in which they deliver, meaning that being a courier is a stepping stone towards integrating themselves in new and uncharted markets.

It cannot be denied that there is a strong relationship between education and the generation of social impact. In a 2011 Harvard Business Review article, economist Michael Porter stated: “Business must reconnect company success with social progress. Shared value is not social responsibility, philanthropy, or even sustainability, but a new way to achieve economic success”.

Offering services as a courier is not necessarily a long-term experience, but it can open a door towards a more fulfilling future. It is widely understood that healthcare, education, stability, and social participation are considered basic human principles.

Sacha Michaud, Glovo Co-founder, mentions that, “While the gig economy has opened up new opportunities, it’s fair to say that it has its challenges and that it’s in need of improvements, especially where social rights for couriers are concerned. At Glovo, we have always been in favor of providing couriers with access to greater social rights, no matter their contractual relationship while also protecting the autonomy and flexibility they value. As a company, we feel this initiative sets a new industry standard for a fairer gig economy — one that has social rights and uses a best practice framework at its core.”

In Georgia and Morocco, the first 2 countries where the Pledge was launched, the story of The Couriers Pledge opened with 4 core pillars:

So far, The Courier’s Pledge has already been launched in six countries (Georgia, Morocco, Poland, Montenegro, Croatia and Kazakhstan), impacting 23% of the global fleet.

In November 2021, Georgia launched its first safety training. The offline event had 25 participants. One could say that 25 couriers doesn’t seem too flashy or scalable, however, taking into account the positive feedback received, the local team decided to repeat the training. The second time, they had 600 couriers participating in road safety training and first aid training, accounting for 20% of the Georgian fleet.

Indeed, one of the greatest lessons learned in Georgia when it comes to safety training is that although online courses might allow for a higher percentage of participants, not every participant would be equally engaged or finish the entire course. Offline courses were the key to offering a more comprehensive and personal experience for couriers.

On the other hand, with Poland launching in March 2022, the local team offered access to online safety courses, reaching 140 couriers during the first safety training. What is clear is that, just like stories, what might work for some countries, might not work for others. The safety courses were mainly focused on road safety, and while in some countries they were rolled out by FIA professionals (Georgia, Montenegro & Kazakhstan), others were developed by local police officers (Croatia), and even driving schools or other safety professionals (Poland & Morocco). While all these initiatives might seem like a drop in the ocean, each one of them makes a difference in the experience of individual courier’s. 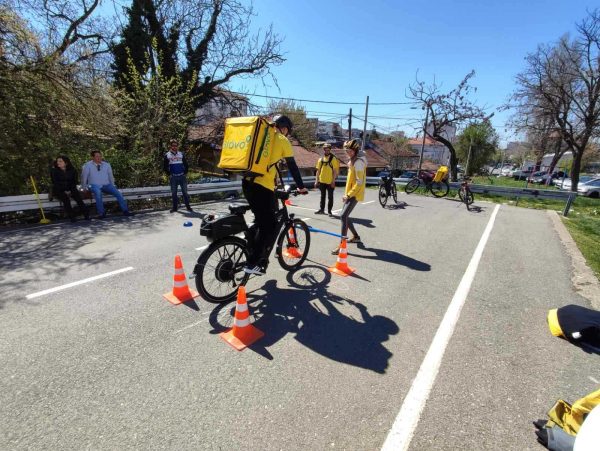 As a part of the safety initiatives, Maternity and Paternity coverage, together with Sickness Leave, has been one of our most rewarding initiatives. When it comes to family, at least 41% of the couriers using the Glovo App have children. For us, taking care of couriers means taking care of families. As the Harvard Business Review pointed out, “…leaders and teams cultivate shared empathy when they learn and care about each other’s deeper experience and take interest in each other’s lives —celebrating birthdays and inquiring about people’s children, spouses, and hobbies”.

Couriers’ satisfaction as a north star

Motivation, retention and couriers’ satisfaction have been the north stars of the project. We also deeply believe that this project can bridge the gap for couriers, helping them move towards brighter futures.

The G-learning platform is part of this spirit. Since the Pledge was launched, more than 4,000 couriers have registered on the platform. The most popular categories for the courses offered in the platform are:

When it comes to achieving work-life balance, it is impossible to avoid talking about earnings. This is where the Loyalty Reward initiative comes into play. This initiative has allowed couriers to maximize their earnings, increasing by 10% across markets. In addition, a survey sent internally to the global fleet indicated a very positive impact on the couriers’ motivation to collaborate with us. At least 75% of the couriers said that Glovo is their number one choice among other apps they collaborate with.

Overall, this year has brought many learnings to all the teams involved in the development of The Couriers Pledge, from implementation to impact measurement. This project has resulted in a considerable improvement in the channels in which couriers can express themselves, their opportunity to have access to valuable training sessions, health protection, and above all,  fair earnings, resulting in a positive impact for all.

Making sure that things happen

This journey has just barely begun and all the lessons learned will undoubtely continue to strengthen this story. The next countries to launch the Pledge are   Serbia, Bulgaria, Kyrgyzstan, Slovenia, Bosnia, Kenya, and Ghana. More than 22,000 couriers (one third of the global fleet) will be benefiting from all these initiatives. By the end of 2023, we’ve committed to launching the Couriers Pledge in all the markets we operate in.

The Couriers’ Pledge will continue reinforcing caring and safety initiatives with the addition of the anti-discrimination policy. This new initiative aspires to make every courier feel safe regardless of their origin, gender, or identity. This new chapter will focus on guaranteeing fair earnings and increasing couriers’ awareness about the Pledge, ensuring that every courier is aware of the opportunities they have available to them. Finally, the FairWork foundation, together with our new partner Bureau Veritas, will continue to support us in this journey, because commitment is not only about making things happen, but ensuring that they happen correctly. After all, this great project is about making thousands of stories like Nika’s a reality.

The Courier’s Pledge is the result of the social and individual commitment of each and every team member who strived to make a difference. Thanks to the Fairwork foundation, with which we’ve partnered to ensure the fairness of the project, to Qover and Chubb global insurance, FIA safety professionals, and all the Glovo teams that have participated.

We caught up with Lotus Smits, Glovo’s Global Head of Diversity, Inclusion & Culture, to open the conversation about mental health in the workplace in honour of World Mental Health Day.